These Perfectly Timed Photos Are a Thing of Beauty

Everyone has had one of those moments in life where something goes horribly, horribly wrong. Whether it be falling down a flight of stairs in front of a huge crowd of people, dropping your small sibling on their head, accidentally spilling an entire tray of drinks on an unsuspecting customer, or having an unfortunate run-in with a wild animal, you experience it, it’s awful, but luckily, you move past it and rarely have to think about it ever again (except for those dark nights where you can’t sleep and insist on re-playing every embarrassing thing you’ve ever done). But what about when those moments are miraculously captured on film and you’re forced to revisit them over and over again? While it’s a rare occurrence, when it happens, it truly is a thing of beauty.

The following 30 photos were taken at the exact right time, and the results are nothing short of spectacular. 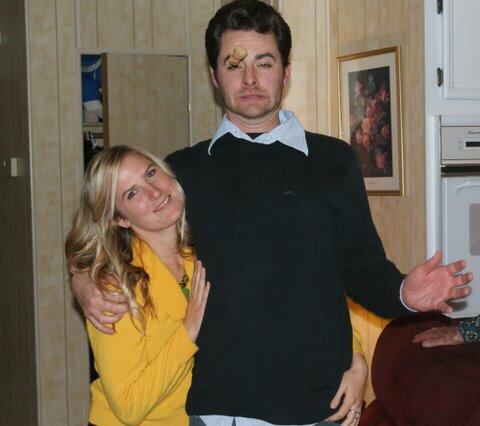 It is, however, hilarious. 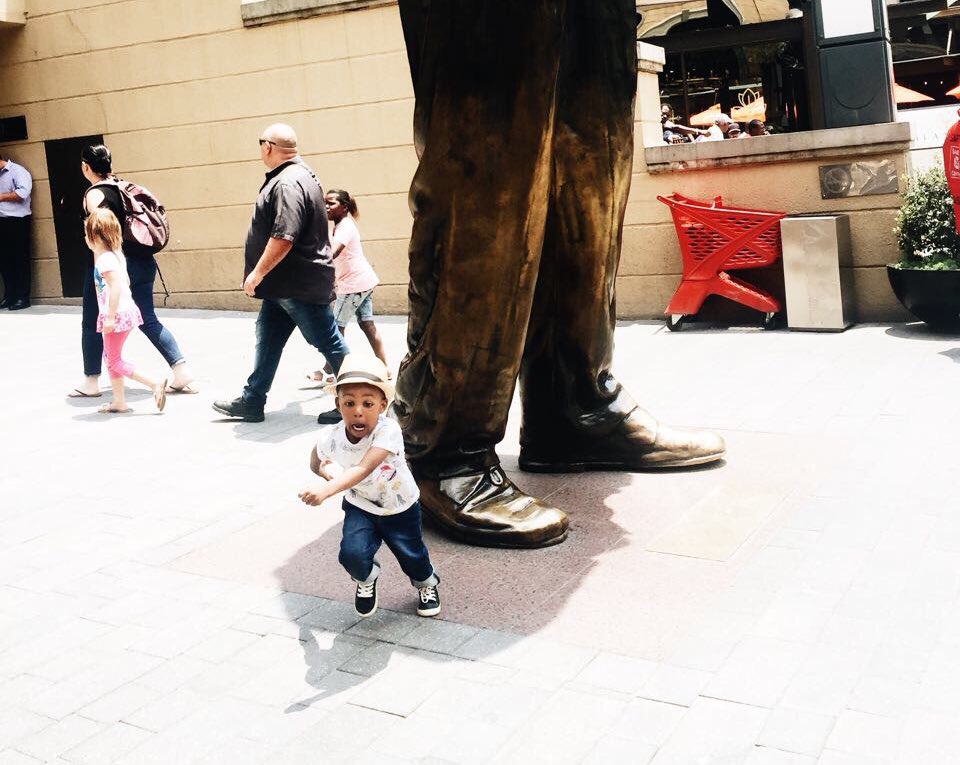 Is it me, or does this pic make it look like the statue has come to life and is trying to squash this poor child by stepping on him?

Also, this is unrelated, but how dapper does this kid look?

He is rocking that fedora! 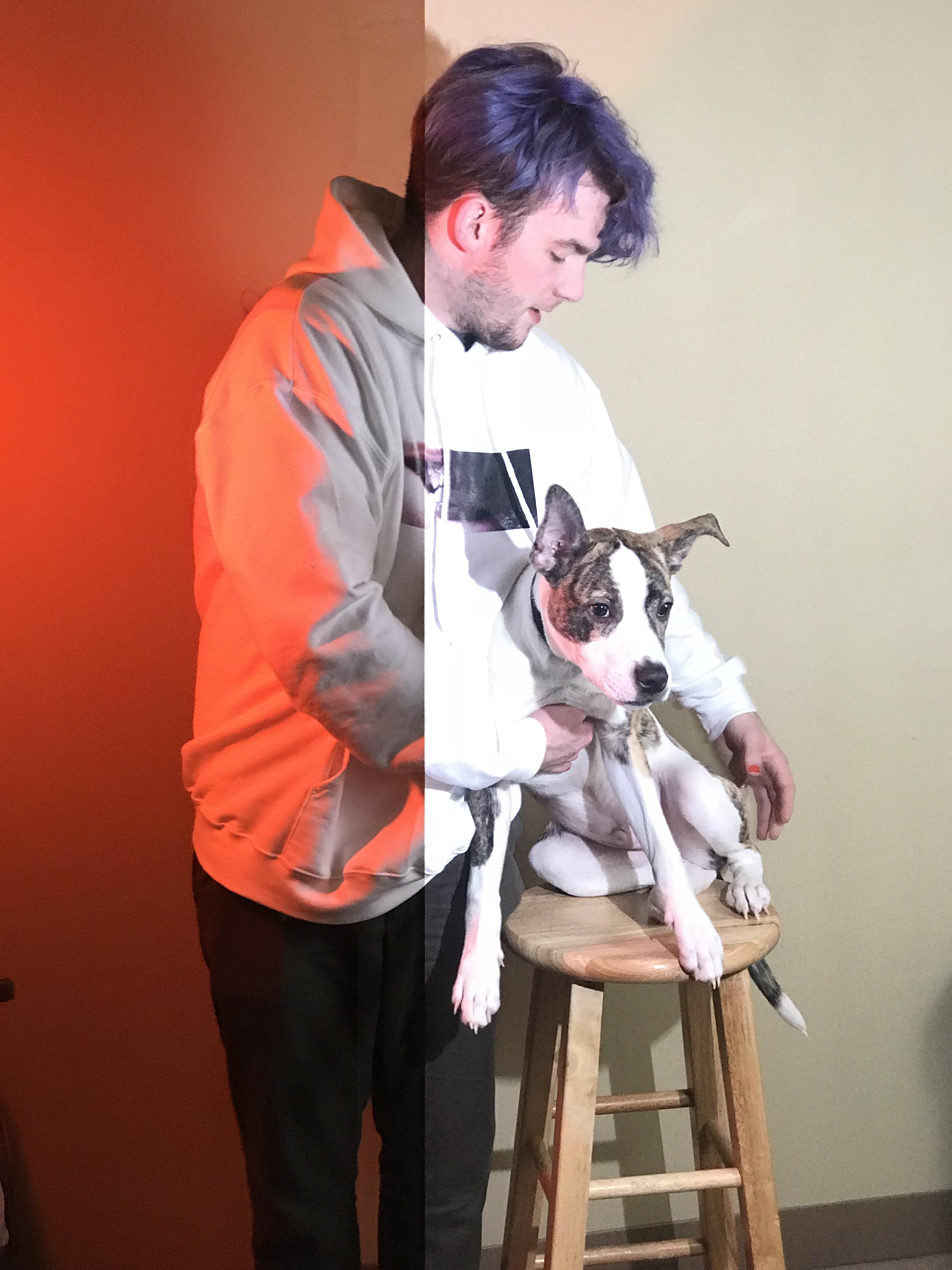 Although it’s hard to believe, this is actually not two different photos spliced together, but the result of what happens when a flash goes off halfway into taking a picture. 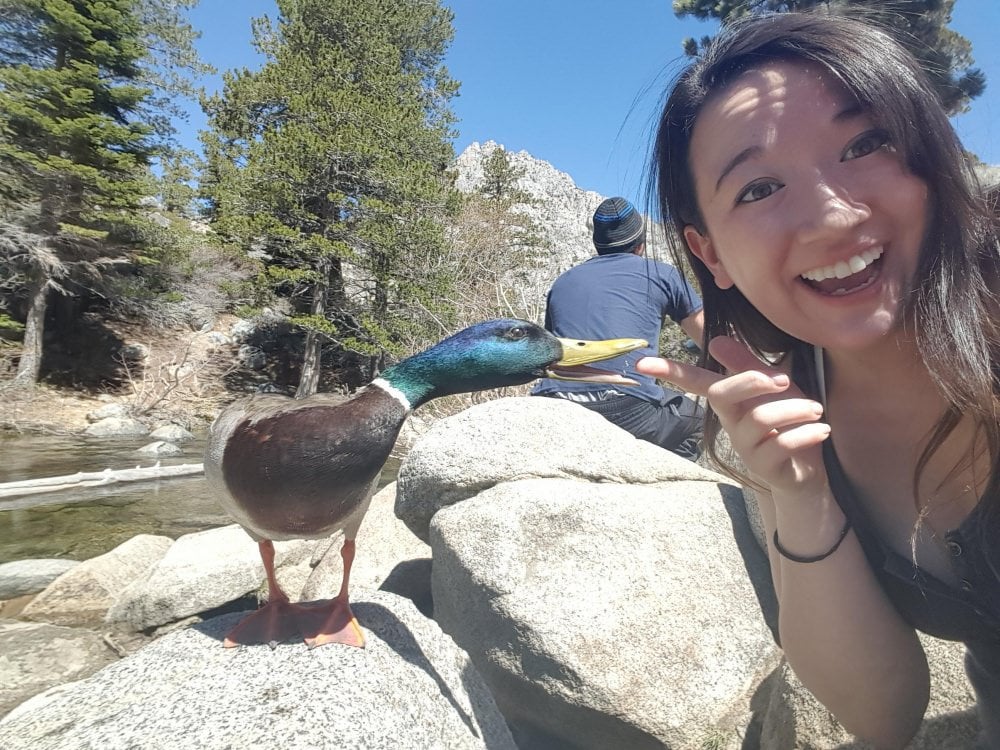 Pro tip: Never point at a duck with an appendage that you’d like to keep.

I’ve learned this the hard way. 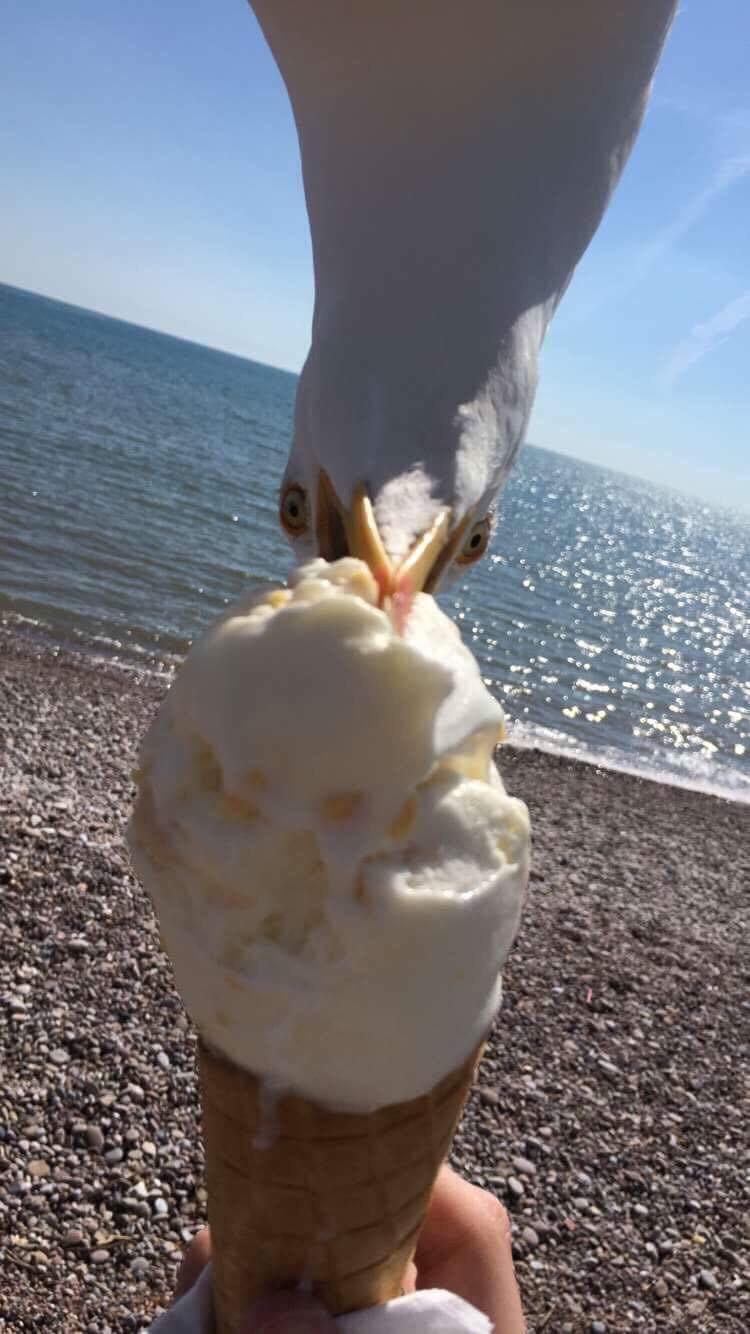 “Man, this ice cream is delicious. I think I’ll snap a quick pic before I dig i-OH GOD NO!!!” 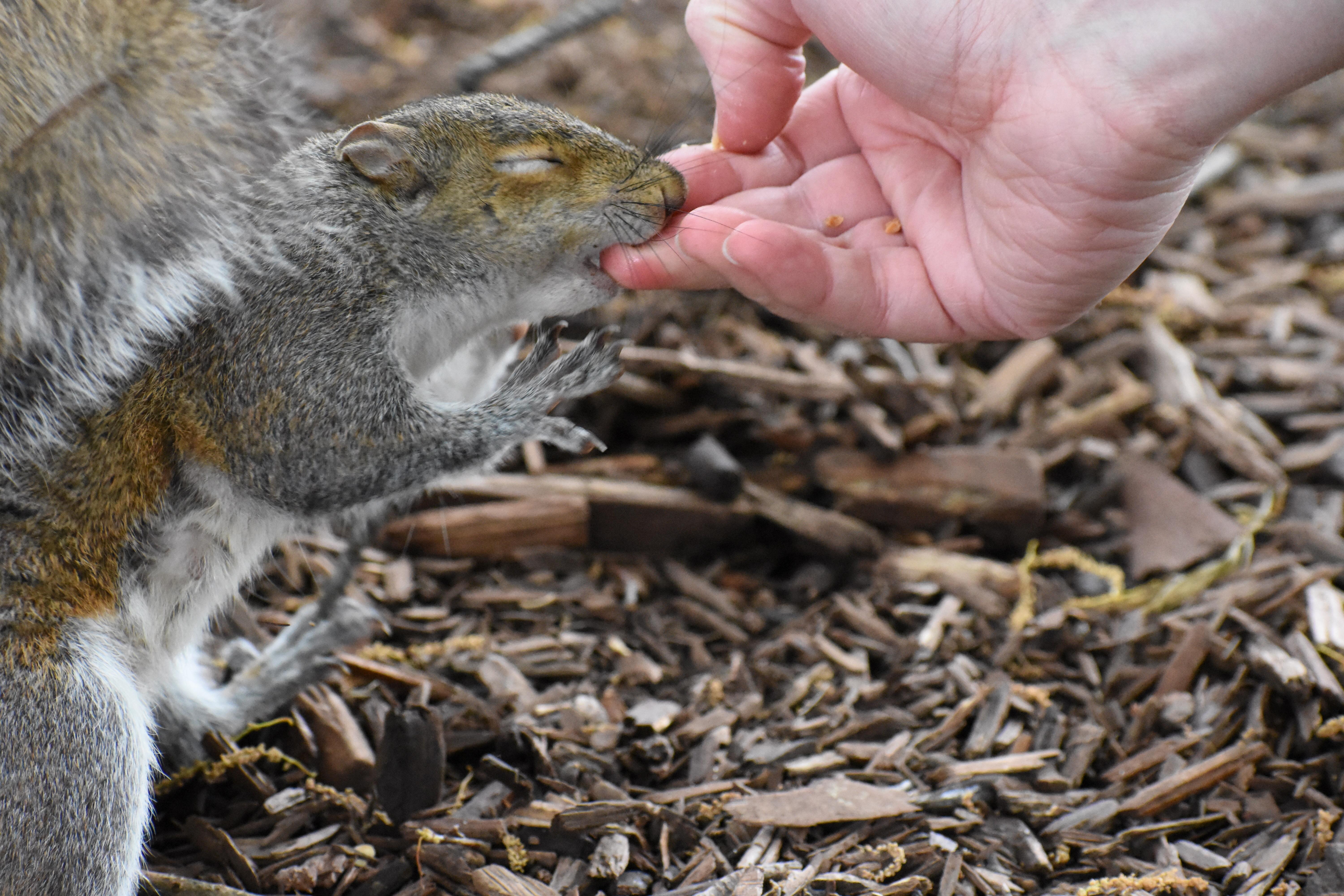 The next time you venture into the woods expecting to channel your inner Snow White, remember this picture.

Is risking rabies really worth it? 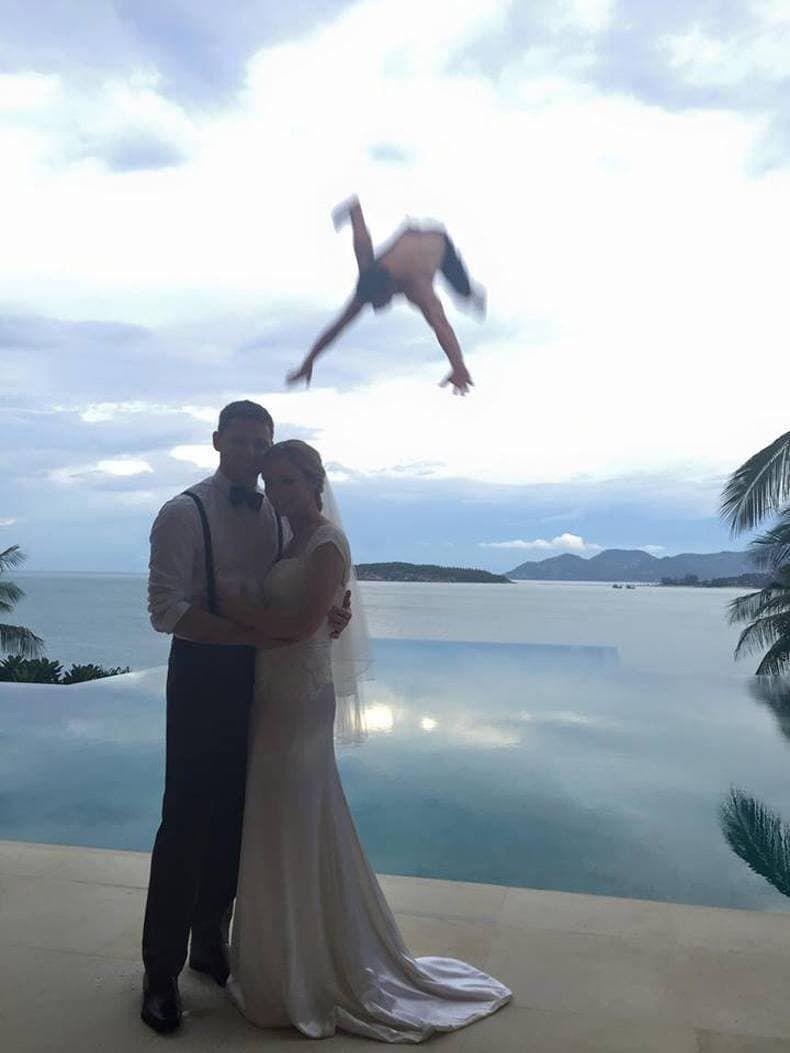 I don’t know how this guy got into this precarious situation, but he really adds something special to an otherwise completely boring and ordinary wedding photo.

This one belongs above the fireplace. 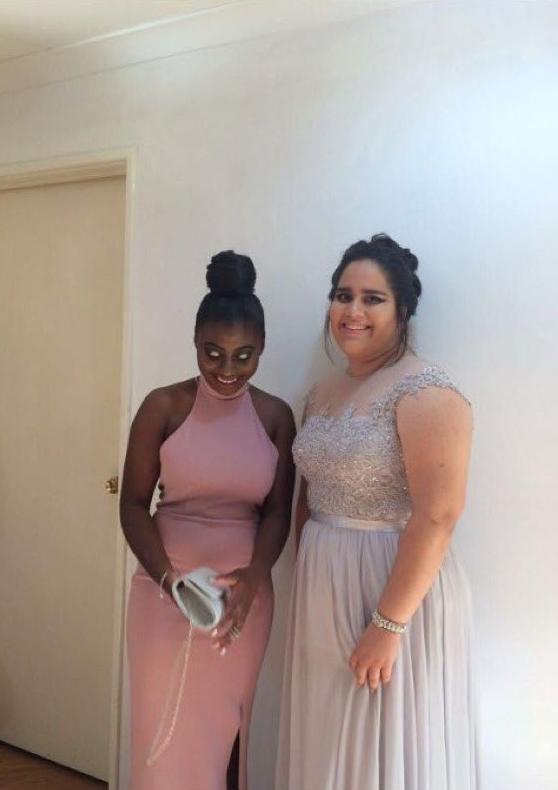 No, this woman is not, in fact, a demon.

She simply has shimmery eye makeup on and chose the wrong time to blink. 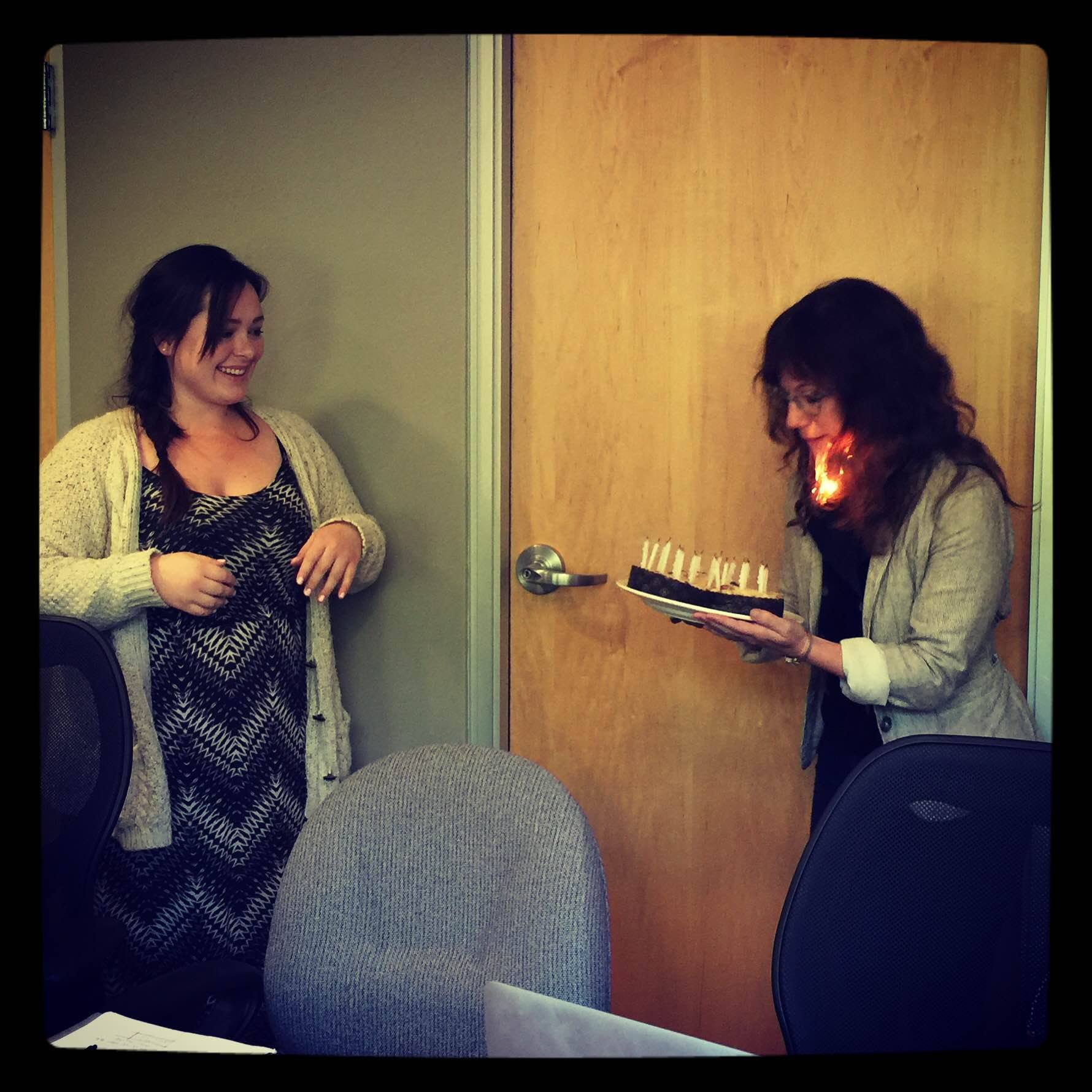 My favorite part of this photo is the perfectly pleasant facial expression of the woman calmly watching as her coworker’s hair is on fire.

Sure, she probably doesn’t realize it yet, but I like to think that she knew exactly what was happening and this was her evil plot to snag Carol’s promotion. 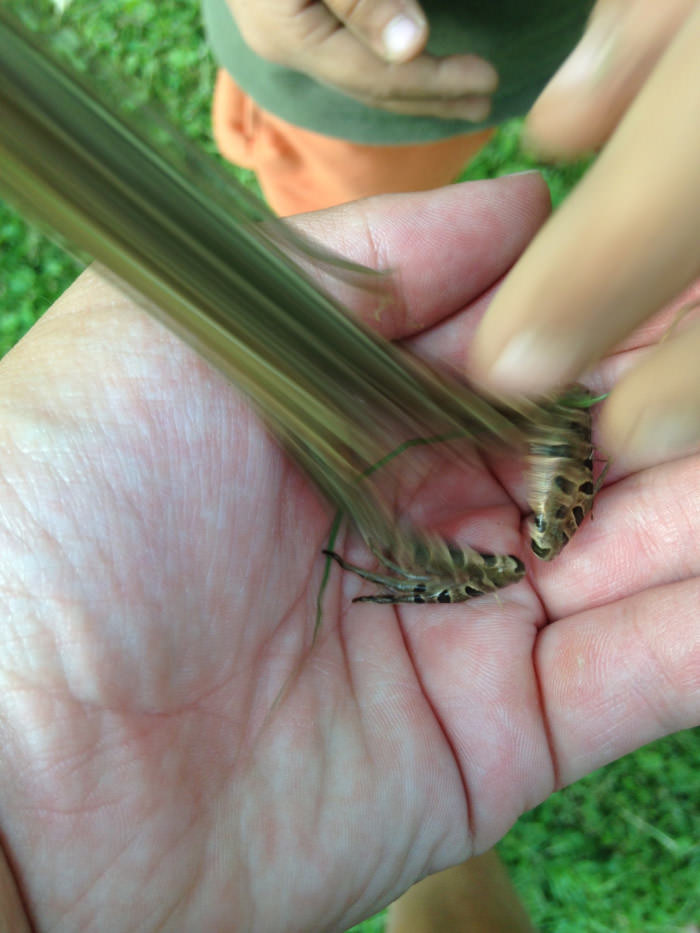 This guy probably still managed to contract warts from this brief interaction. 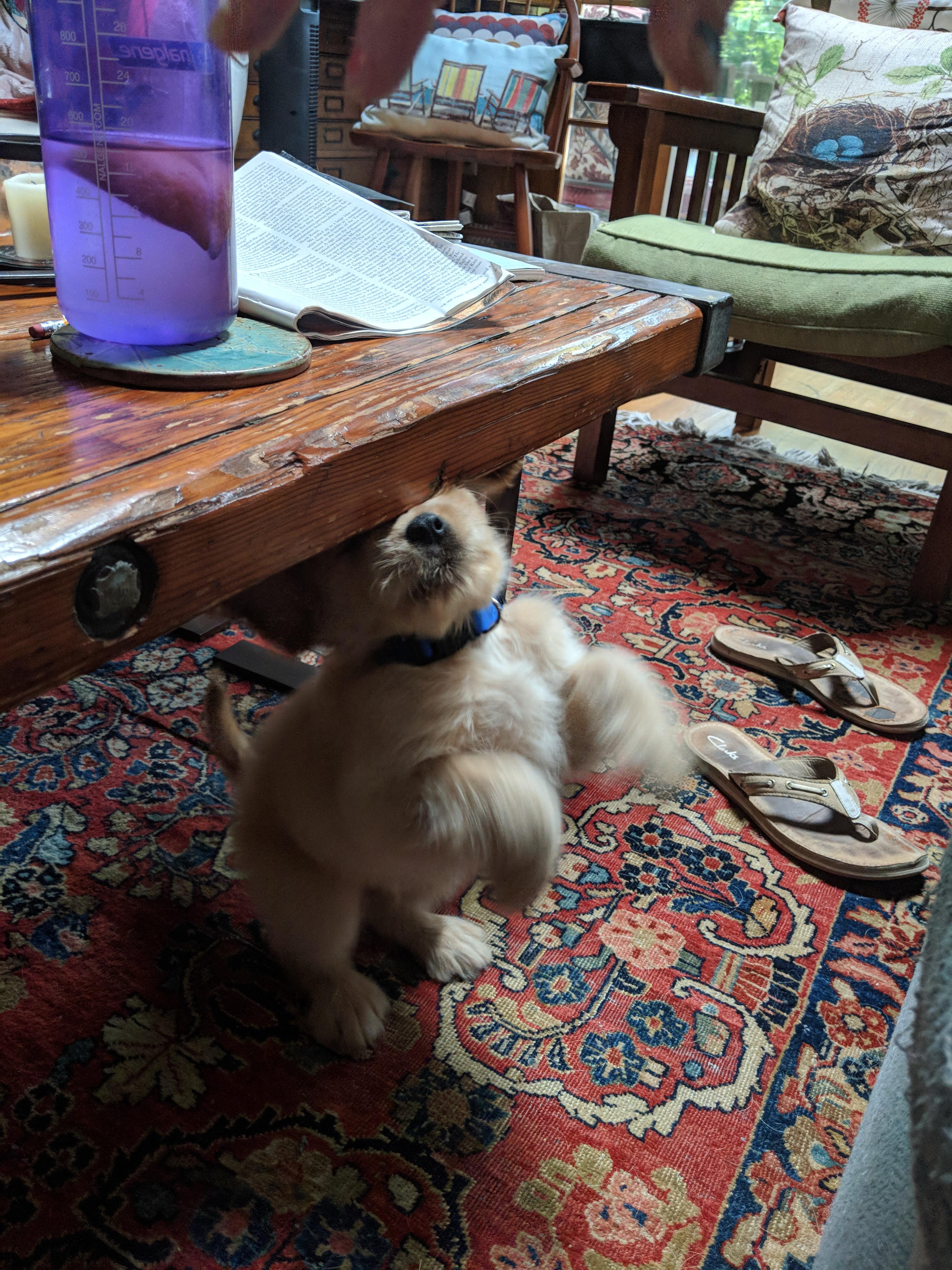 This photo perfectly represents me as a dog. 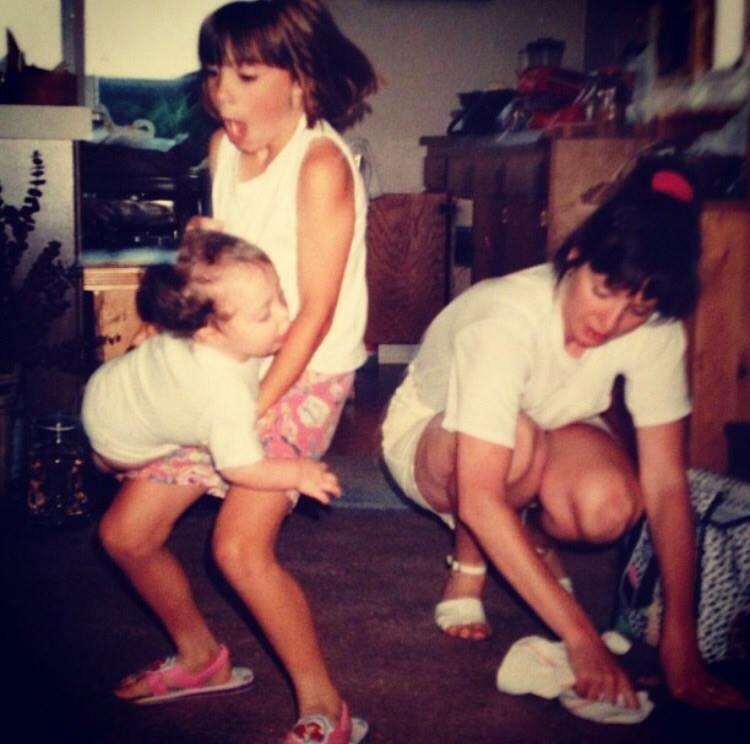 Some of you didn’t have a sibling-induced injury that resulted in a concussion when you were a kid, and it shows.

This is the reason I can only remember about 15% of my childhood. 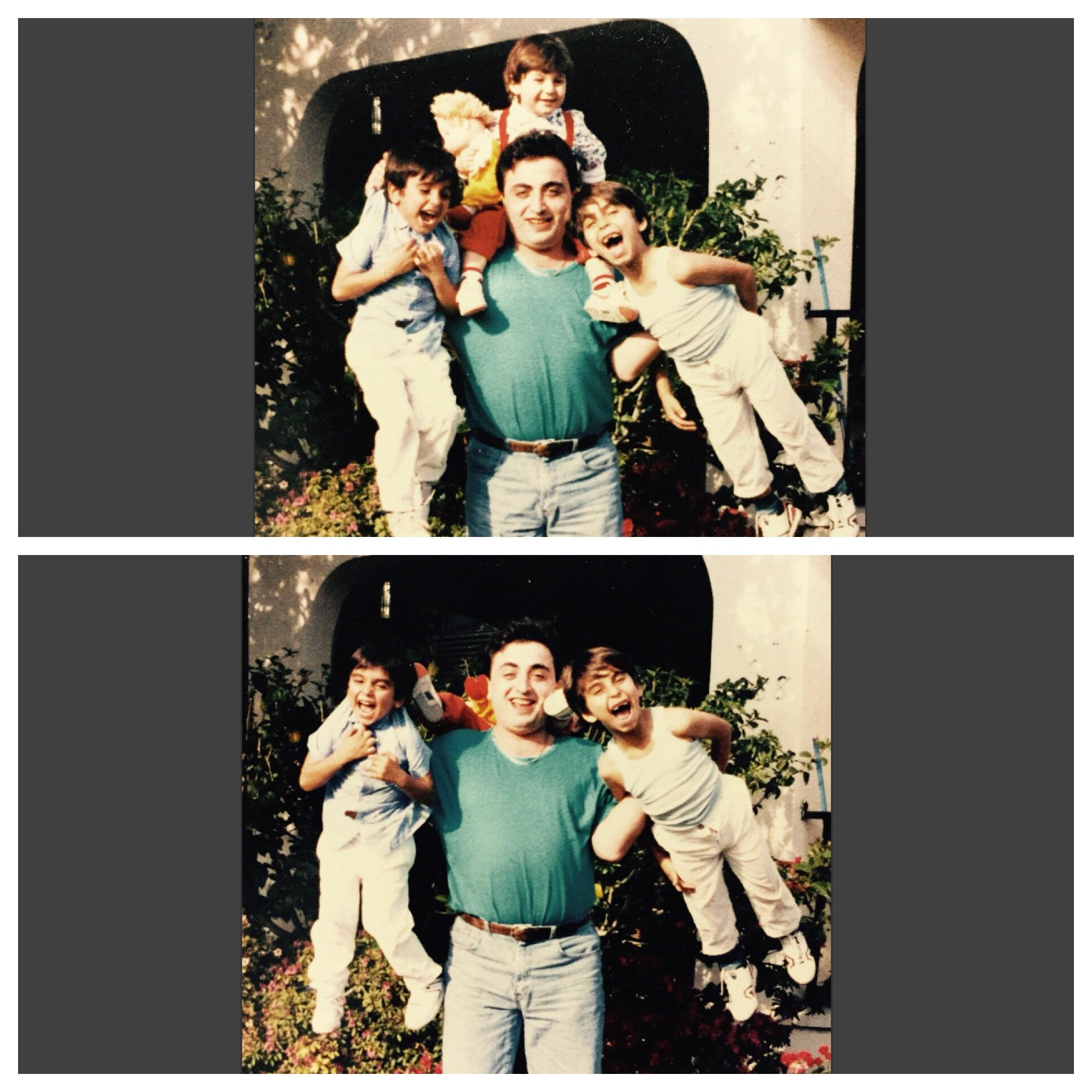 Isn’t this exactly what Uncles are for?

Always brings the fun, and with that the threat of an ER trip? 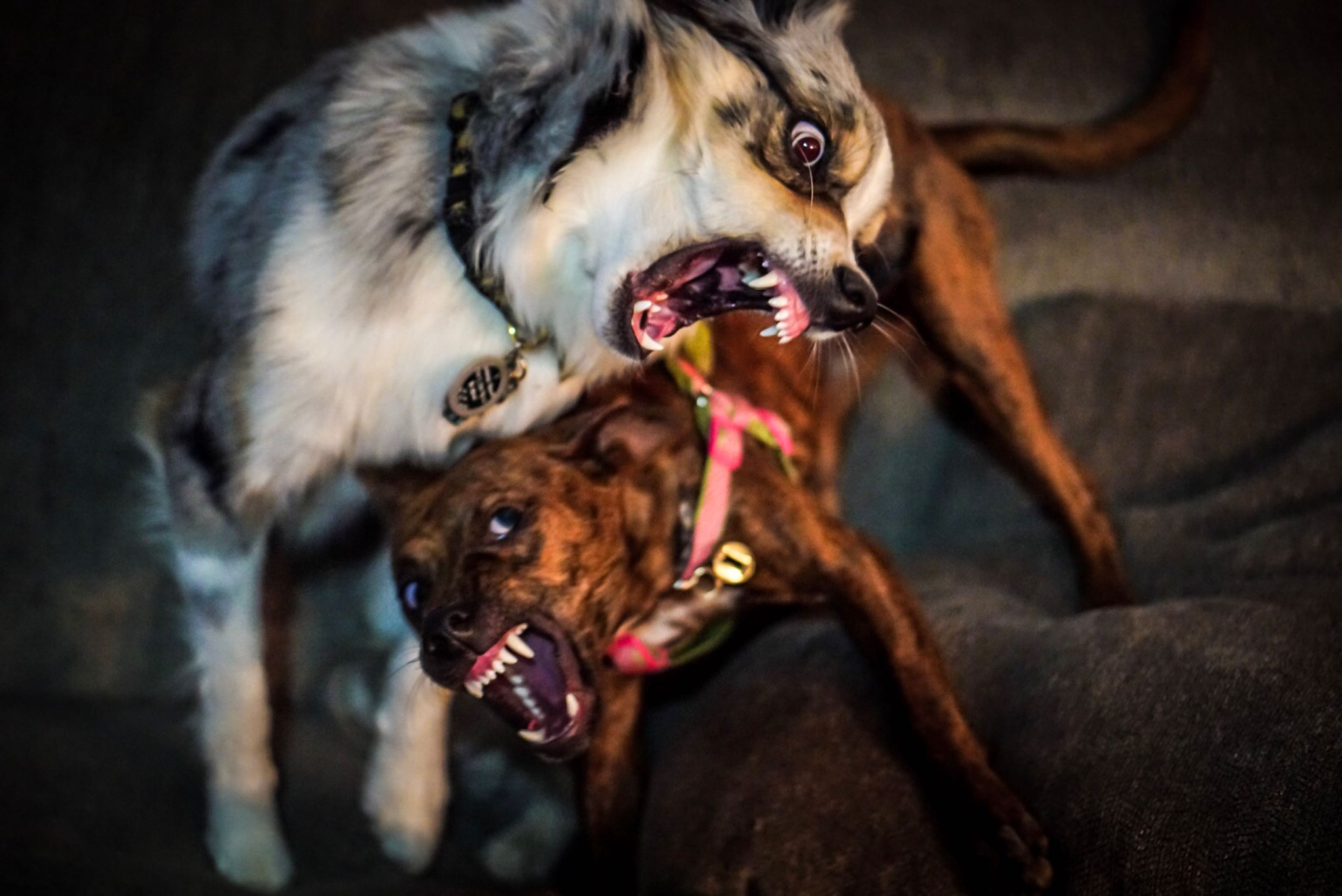 I’m sorry, but this is just adorable.

Sure, they look like they could rip my arm off, but I still would pay any amount of money to be able to give them both belly rubs.

This well-timed thumbs up

This photo is comedic gold.

A sarcastic thumbs up is tough to perfect, so this kid is definitely ahead of his time. 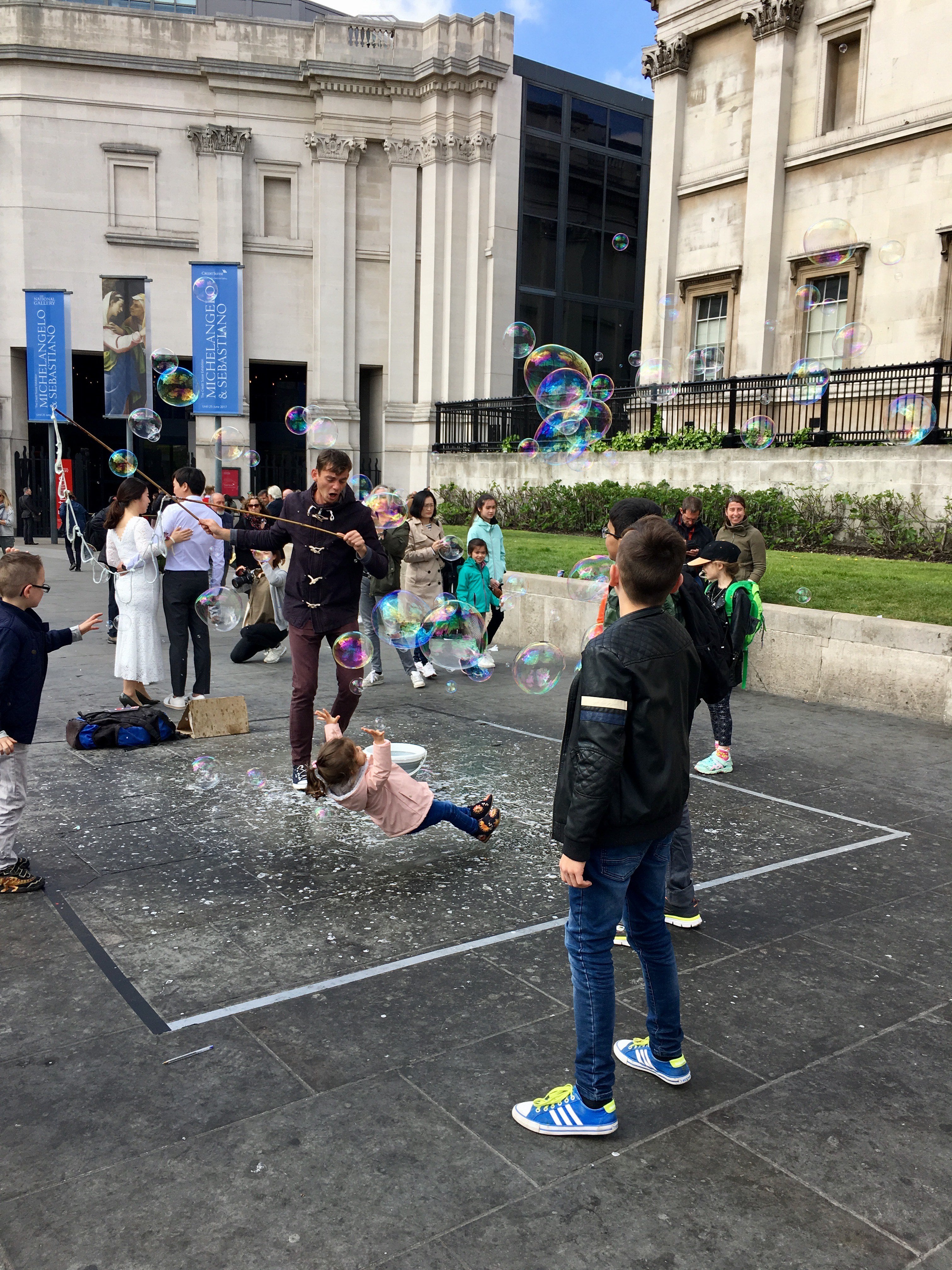 Who hasn’t been in this same situation when trying to pop bubbles?

You can see the profound regret on her face mid-air. 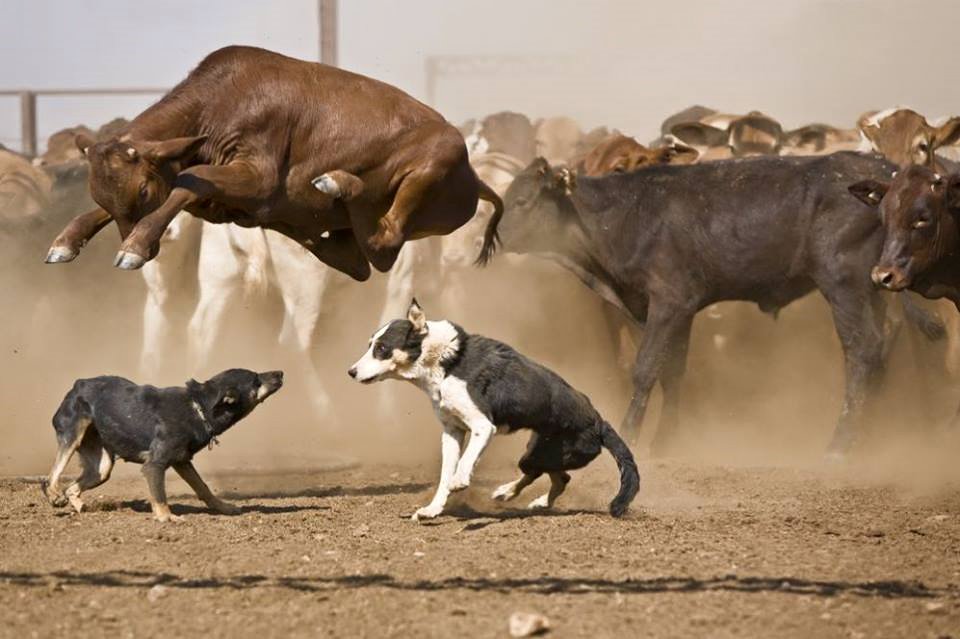 These two doggos both have that “oh, crap” expression on their faces.

Am I the only one who would like to see the photo taken immediately after this that shows the two dogs alive and well?

This before and after 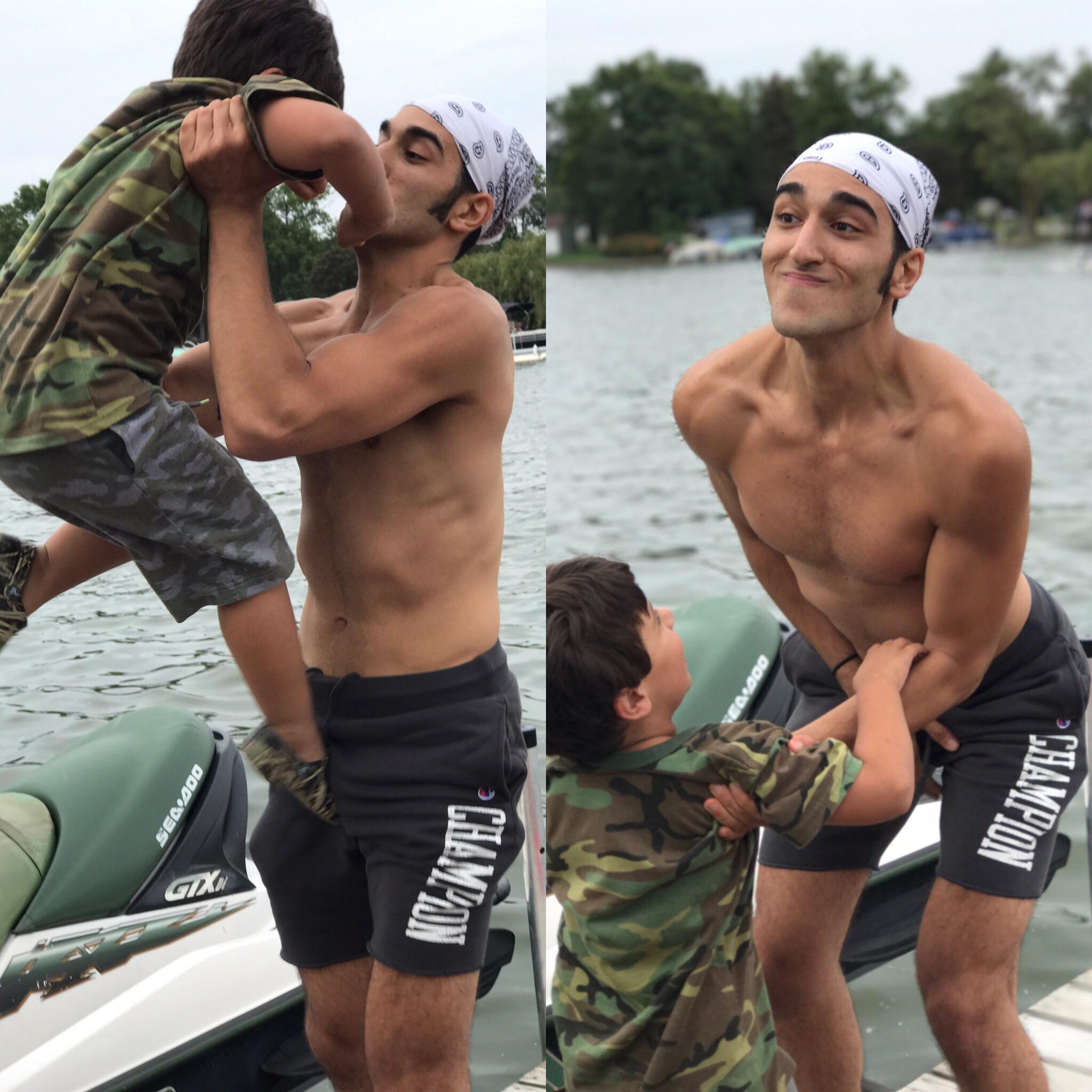 I’m sure he relives this pain every time he sees this photo. 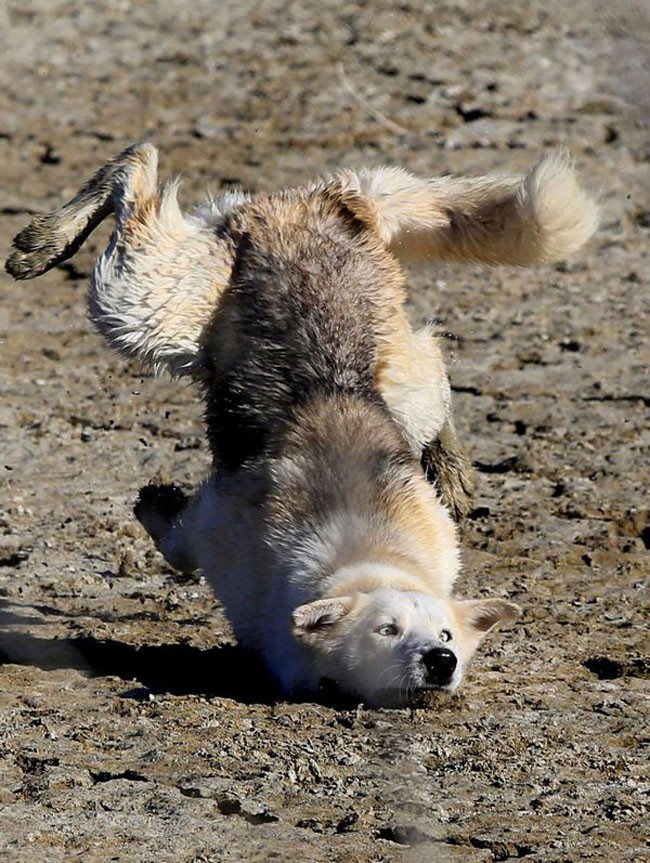 This pic is straight out of a cartoon.

How did he even get into that position?

It defies the laws of physics! 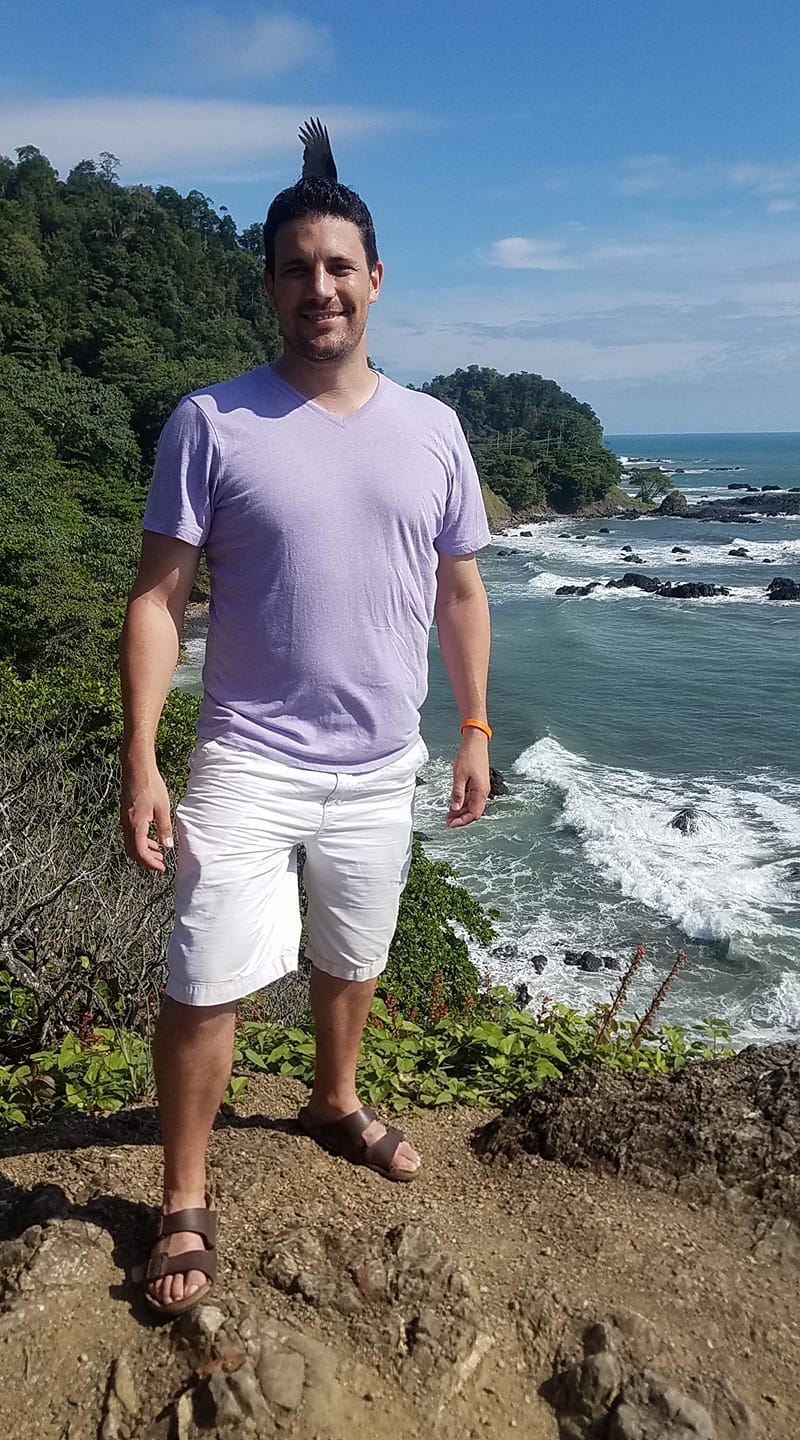 Thanks to this picture, this guy can see what he’d look like with a mohawk without having to take the plunge at the salon.

This calm before the storm 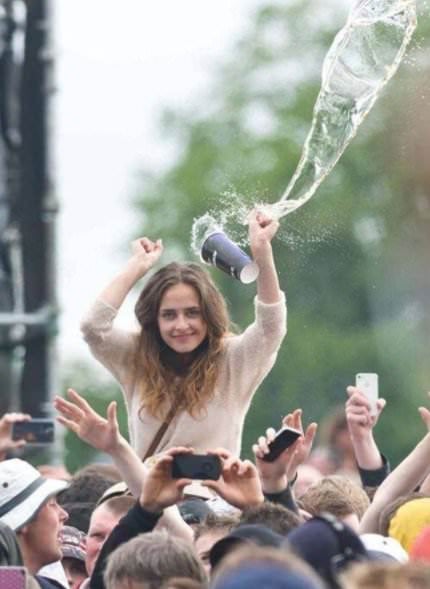 The pleasant expression on this woman’s face immediately before getting hit in the face with a cup of what I can only hope to be water is what makes this photo so heartbreaking. 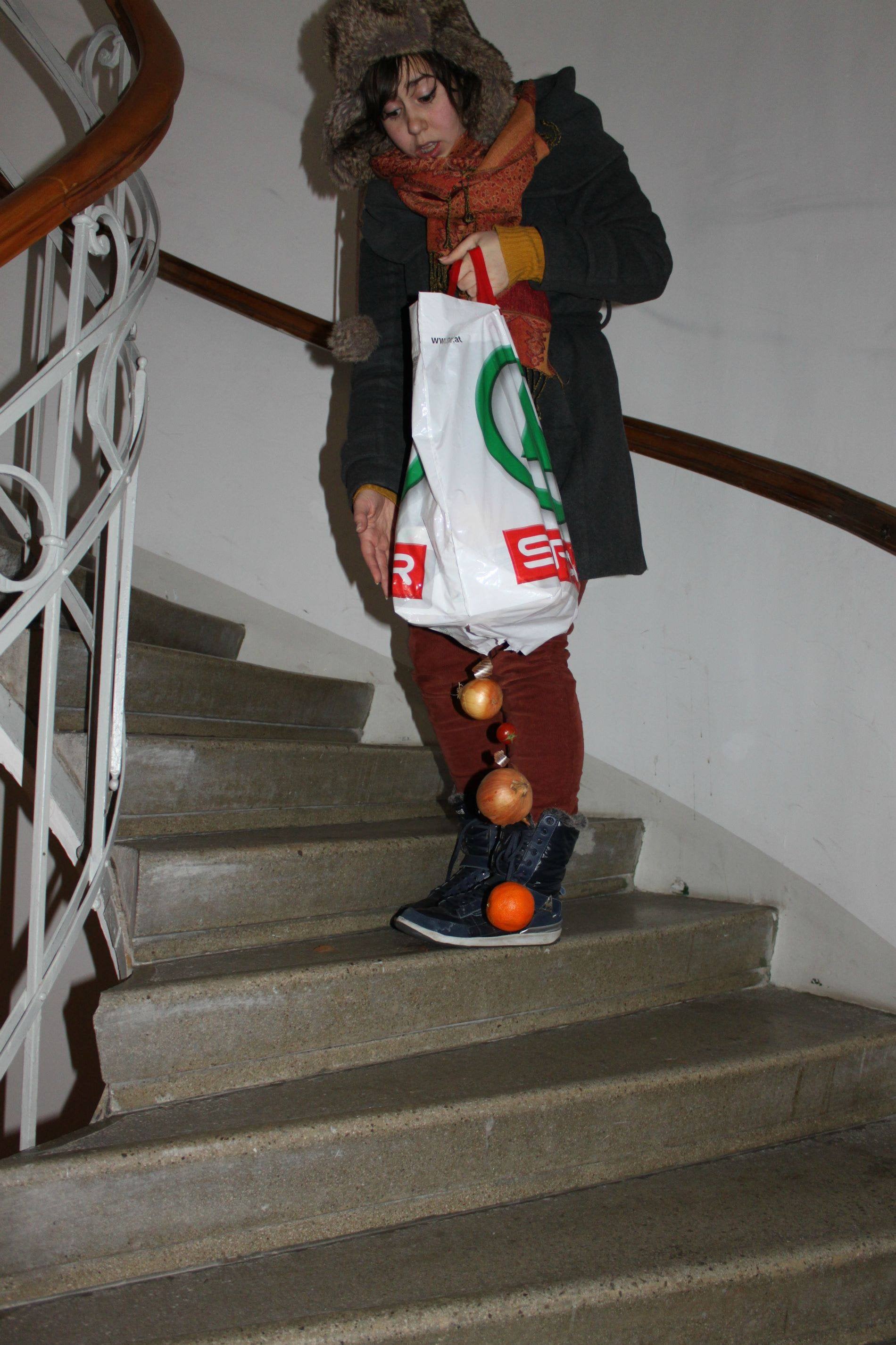 If only she’d had this inkling about a minute earlier, this poor, innocent produce would have been saved.

This hysterical bit of history 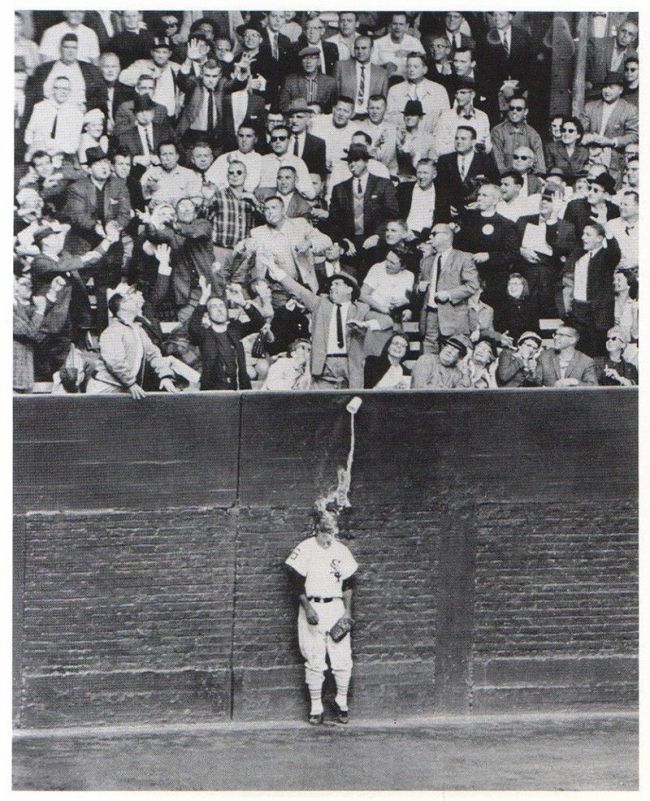 This has to be one of my favorite photos of all time.

There’s just so much going right here: The oblivious guy dropping his cup in the stands, the contents of that cup perfectly falling on the ball player’s head, the man trying to protect his wife from a foul ball… 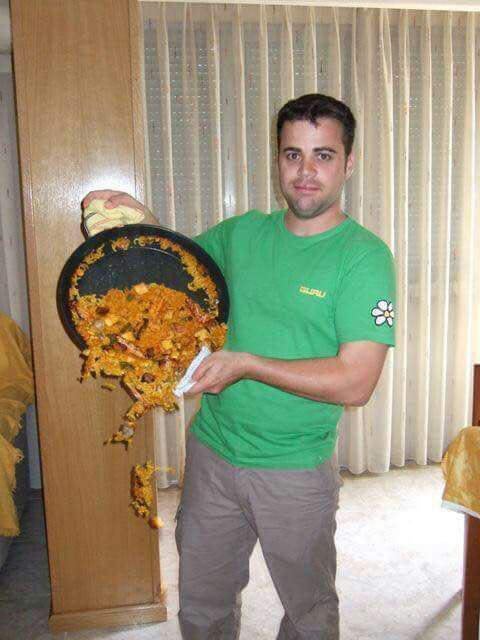 All that effort was wasted.

Hopefully, a dog was there to reap the benefits of this blunder.

“Hold the baby up so I can take a picture, Beth! What’s that? Someone’s drowning in the background?”

Okay, this one is just plain cool.

If you’re going to be photobombed by anything, a lizard has to be one of the best options out there.

This looks like the beginning of a horror/sci-fi movie where an evil android rises from the sea to kill all of humanity.

In fact, I’m totally going to write that movie now.

Hugh Jackman: The kind of father who won’t hesitate to throw a snowball at this small daughter while her back is turned.

What would Wolverine think of this cheap shot?!

This beautiful photo is so perfect that it looks photoshopped.

This guy can still probably feel that slimy, lukewarm dog slapping him in the face years later.

“Let’s get the floor seats,” he said.

“You really feel like you’re part of the action,” he said.

Wanna guess what she did? #5 Relationships According to a research, almost 60% of men …

The legal age of casting a vote is 18 years, many girls live under the …

Powered by WordPress | Designed by TieLabs
© Copyright 2020, All Rights Reserved